In Turkey, since 31/10/2016 every tenant must be registered at the ID registration system. As we know it, the law may exist on paper but when it comes to real life, none of the private owners (or almost nobody) is paying any attenion to this topic so far… Until recently, when police began to walk around the apartments, knock on the doors and ask for passports and rental contracts or tapu (legal extract from property registration office) and the subject became more serious. I had such a control already several times in different housing estates … The control itself is nothing scary, however my tenants were “a bit” surprised…., worse if there is a tenant who is not registered. The punishment is painful because it amounts to at least 15.000 TL !!! And if the action like that repeats, the gouvernment closes the agency who was the intermediator.

That’s why it became quite serious, so when the law has changed I visited the district police office and registered us, reporting also all the tenants who at that time were using our services. So at this point, the problem is solved for me. However, the situation has some consequences for the owners of apartments, which is a rental tax. For anyone who knows Turkey a bit, rental tax has been quite an abstract topic for the average owner of a holiday home. If the tenants/guests (whatever we call them) are accurately checked-in as to the time of entry and leave, the tax office has everything handed on the silver platter. Do they use this information? I have no idea, but the fact is that with controls carried out by police, suddenly more controls performed by “nice men” from the Tax office appeared, is it a coincidence? The government claims that check-in/check-out reporting aims at anti-terrorism because in these types of apartments, mostly rented for a few days, mainly in the north and east of the country, it happened that strange things occurred which were very suspicious, possibly terroristic activities, etc. It is possible that it really happened, but the truth is also that it is a perfect tool to collect taxes from owners of rental apartments. Well, here the “fun” begins, because according to the law, short-term rental (more than 1 tenant per year) is characteristic for running a business, which means that it must be settled with the general tax, that must be paid in the amount of min. 15%. As a result, at the present time, if someone wants to continue renting, he is forced to register business activity. For this purpose, the following shall take place:

B) The landlord must take into account the necessity of paying annual costs related to this business, the yearly amount is of approximately 3,200 TL (2019)- the sum changes every year by about 10% up. This sum consists of various fiscal fees and payments for the accountant, which is mandatory, because you can not file a tax declaration yourself, neither you or us-intermediaries. To say more, the statutory minimum rate of accountant is 125 TL per month (2019)

The penalty for not submitting the rents is the equivalent of what the Tax office will estimate as a profit. So if they estimate that the owner in a current year could earn 10,000 tl, the penalty is 20,000 TL. As far as I know, they calculate up to 5 years back. Moreover, the government has come to the idea to reward those who report dishonest owners renting their apartments in the amount of 10% of expected fine to speed up the procedure… So there is motivation for jealous neighbors… and about the fact that there are such neighbors, you can deduct easily from the atmosphere during the annual meetings of the housing communities in which we take part when representing our owners.

The topic is difficult, especially at times when there is so many cheap (cause not legal) rental offers, but let me tell you …Yes – people who want to start making money on renting in the next 2 years will probably gain minimum profit, however, as soon as the competition disappears – and it will, because people are afraid of such high penalties, so they will give up short-term rentals in favor of long-term rentals, and some part of them will give up rentals completely which probably means more re-sales on the estate market. What’s more to blame – lobby of hoteliers thanks to whom this change in law really came into life (!) according to me… They are probably proud of themselves and happy that customers are returning to hotels …Well, but … there’s the other side of the coin … as always …Tourists after the last slow seasons again return to Alanya 🙂 They come back, and most of them on the account of their own expenses, few times a year. So if some part of tourists who scrupulously count the cost of their holiday has the possibility to choose whether to spend per person 50 € per day in a hotel or have a possibility to use a nice 2-bedroom-flat which will cost them up to 10 EUR per day for one person (for those who can cook 🙂 ) will choose a flat.

So the topic of earning on rentals in Turkey, will take on completely different dimension than it has had so far. Since most apartments for rent that shall remain available on the market will be legal, prices will go up in order to rebound the costs. I think that as for now, if for renting is needed approximately 40€ per night, in a year or two, the rate will rise to 80€, which still will be cheaper than hotels. Mentioning that, I focus only on the issue of saving money on such a lease, omitting aspects such as the comfort of 4 or even 5-star-hotel in a private version 🙂  which people choose not just for the sake of saving, but because of the home-like and definitely more intimate atmosphere.

This is information, which I was able to get during my research and personal conversations with tax office representatives and accountants, however, even if based on the legal documents (1774 Sayılı Kimlik Bildirme Kanunu’nun 2. Maddesi’nin 1. Fıkrasında), it remains my personal idea, and should not be treated as any legal info. 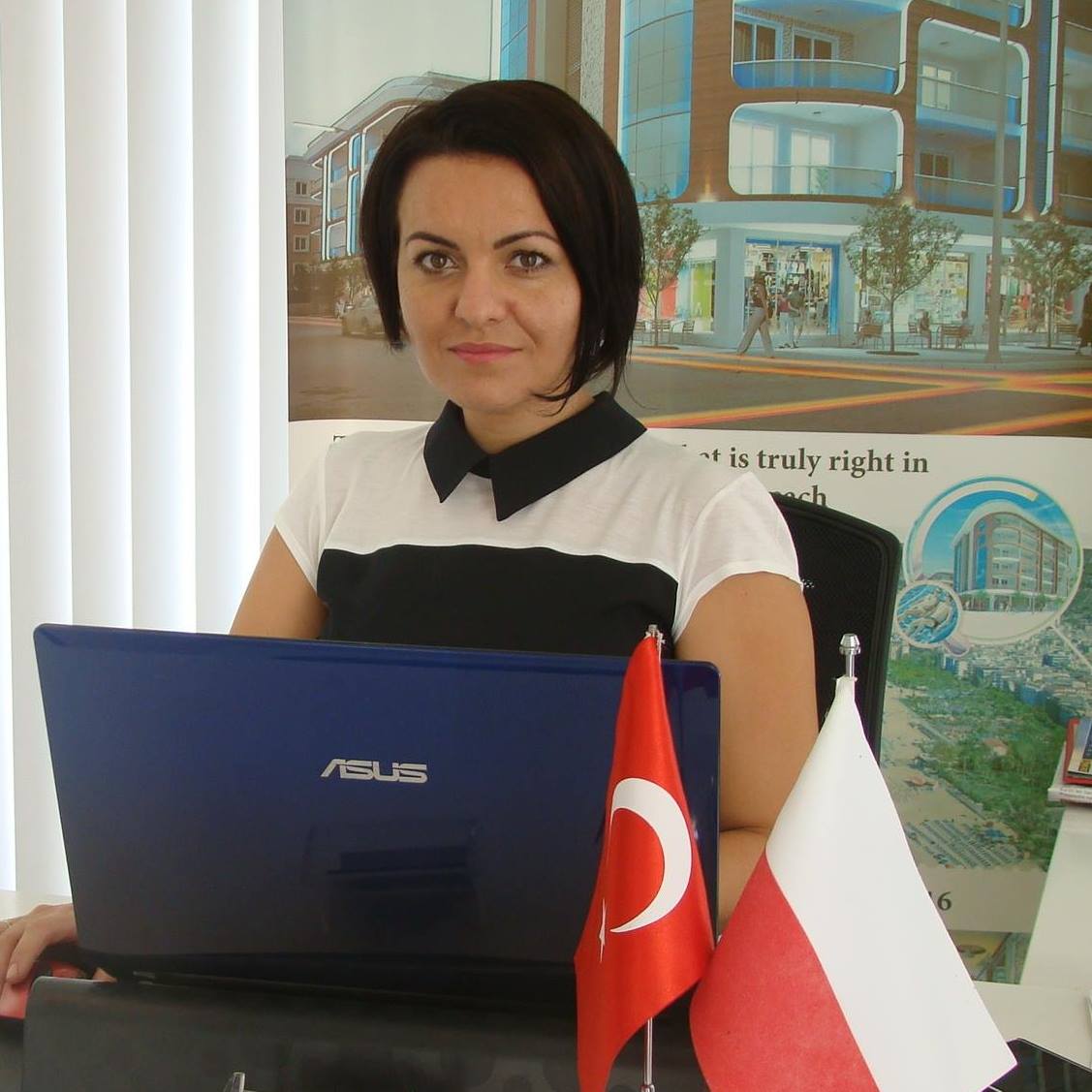 Real estate broker since 2005. First steps in this branch done at Exclusive Estate in Cracov, which built my base at that work. Than at 2008 started to explore Alanya market, and in the result together with Şükrü Gök we decided not only to join lives but also our real estate experience so we created Sunlight Estate. Since that time, by learning every day, we do our best to develop our borkerage service in Alanya.

Cooperation with Sunlight Estate guarantees you professional approach of experienced and responsible people. We find just the properties that won’t give you or us a headache. Because the scope of our responsibilities is much broader than selling you an address, which is an approach you may know from Europe, we are aware that any problem of the customer is our problem, so frankly speaking, when acting with care we avoid troubles. When you entrust us with the assistance and supervision during the transaction you can keep peace of mind. Real estate agency is more than just selling addresses and Sunlight Estate is much more than a standard agency in Alanya. What is the difference? We run a family business and all our customers know very well that we treat them as a part of this family. When you want to buy with us an apartment in Alanya you can be sure that we thoroughly check the whole area in order to find the best offer. When you are already the owner of home in Turkey, you can be sure that on the base of home service contract we care about your property as for our own. So the truth is that if you buy an apartment in Alanya with Sunlight Estate, you can easily relax, as we take care about your property insurance, all ongoing payments.